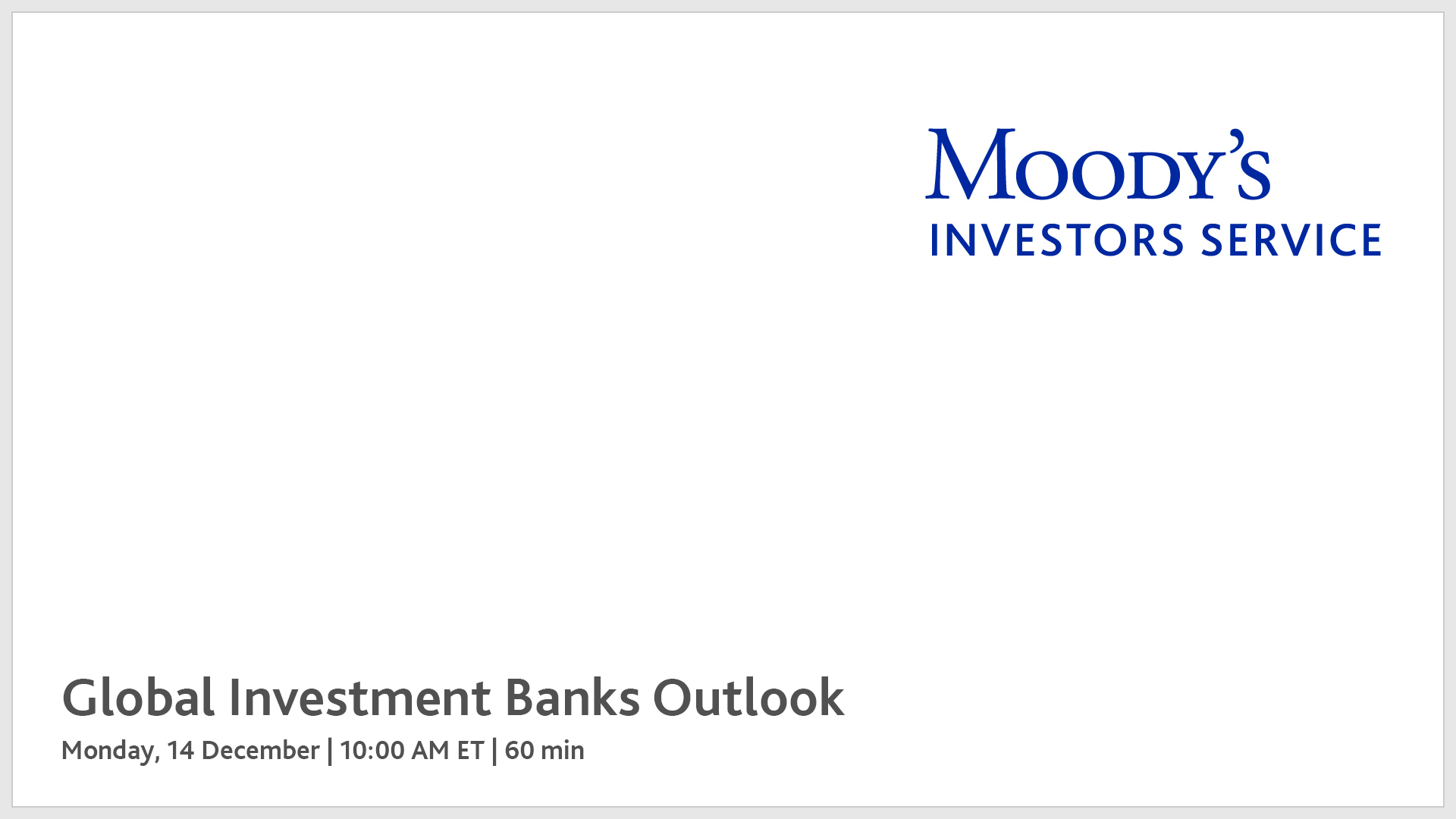 Laurie Mayers is an Associate Managing Director in Moody’s European Banking team. Laurie has responsibility for the analytical teams covering bank and non-bank financial institutions in the UK and Ireland as well as for the global investment banks located in EMEA and North America. Leveraging her risk and regulatory background, she also provides leadership within the Financial Institutions business unit on the cross jurisdictional implications for banks of the implementation of Basel III, the BRRD and TLAC/MREL requirements, UK ring fencing and Brexit.

Prior to Moody’s, Laurie’s most recent role was Manager of the Capital Management Team at the UK Financial Services Authority (now the Prudential Regulation Authority), where she had responsibility for Pillar 2 capital assessments and firm-wide stress testing for the largest UK banks and building societies.

Laurie’s previous roles include Partner, Risk and Regulatory Advisory, Ernst & Young, Group Head of Basel 2 and a member of the Group Risk Executive Team at RBS, Global Head of Counterparty Credit Risk at RBS and previously, Principal and EMEA Head of Credit for Morgan Stanley International. Laurie began her career at as a staff economist at the New York Mercantile Exchange , and subsequently worked as a lending officer in the Commodity Finance Division at Chase Manhattan Bank following completion of their credit analyst training programme.

Mr. Fanger has been with Moody’s since 1995 as a member of Moody’s Financial Institutions Group. In June 2008 he returned to Moody’s Global Banking team after serving as Chief Credit Officer for Moody’s Financial Institutions Group for 2 ½ years.He currently has lead or co lead analytic responsibilities for a number of large universal banks and securities firms headquartered in Europe and the U.S., and also provides guidance and support to other analysts covering similar institutions to help ensure consistency in Moody’s analysis and ratings of these complex firms. Mr. Fanger also continues to support Moody’s Credit Policy function through his participation on a variety of standing committees and special projects.

Mr. Fanger has previously served as Regional Credit Officer for the Americas Banking team and the Finance and Securities team at Moody’s, and has been lead analyst on a wide range of banks, thrifts, and credit card companies on those teams.Prior to joining Moody’s Mr. Fanger worked at the Federal Reserve Bank of New York in Banking Supervision, and also served a brief stint at the Federal Reserve Bank of San Francisco.

Mr. Fanger has a Masters in Public Policy from Harvard University’s Kennedy School of Government where he concentrated in Business and Government Relations, and a B.A. from Colby College where he majored in Economics and Government.

Since joining Moody’s in November 1998, Peter Nerby has been responsible for analyzing and rating the investment banks, broker-dealers and exchanges within the U.S. securities industry. Peter is currently lead analyst covering Citigroup, Deutsche Bank and JPMorgan Chase. Peter came to the company with more than 15 years’ of experience in corporate finance, credit, and counter party analysis.

Prior to joining Moody’s, he led a team at Deutsche Bank that was responsible for managing the bank’s exposure to U.S. broker dealers. He also spent 12 years at JPMorgan and after completing JPM’s management training program, specialized in managing trading and derivatives counter party risk with regulated financial institutions and hedge funds.

Mr. Nerby holds a B.A. in Business Administration from the Richard Ivey School of Business at the University of Western Ontario. After graduation, he spent a year writing case studies on financial strategies of Canadian natural resource companies for use in the School’s graduate and undergraduate programs. He is a Chartered Financial Analyst.

Donald Robertson is a lead analyst for global investment banks, securities firms and clearing houses, within Moody’s Financial Institutions Group. In this role he has responsibility for the ratings of a number of US and European banks, exchange operators, electronic market makers and clearing houses. Donald was the lead author of Moody’s rating methodologies for Securities Industry Market Makers and Securities Industry Service Providers, and played an integral role in their development and implementation. Donald is routinely involved in managing and contributing to special projects, including organizing Moody’s annual North American banking and finance conference.

Donald joined Moody’s in 2007 as an accounting specialist in Moody’s Enhanced Analytics Group. In this role, he originally focused on various non-financial corporate sectors, publishing research on complex financial reporting topics and helping educate Moody’s analysts on matters of accounting and financial reporting. Donald subsequently transitioned into Moody’s Financial Institutions Group to lead the development of Moody’s cross-sector rating methodology for Financial Statement Adjustments in the Analysis of Financial Institutions and helped develop and implement Moody’s system for capturing, adjusting and analyzing banks’ financial reporting. In 2013, Donald transitioned to a lead analyst role, and in that capacity he has covered most rated US securities firms.

Prior to joining Moody’s, Donald was a Director of Financial Audit at Siemens Corporation, responsible for leading a team conducting IFRS and US GAAP audits in the Americas’ region. Donald started his career at PwC, in the firm’s Glasgow, UK office. In 1998, he transferred to the New York Metro region, and was an audit manager with a client base in the pharmaceutical industry.

Donald is a CA and CPA (inactive), and holds an undergraduate degree from the University of Glasgow.

David Beattie is a Senior Vice President in Moody’s North American Financial Institutions Group, and is the Lead Analyst for the major Canadian banks and life insurers. David joined Moody’s in 2011, prior to which he had a lengthy career in financial services. David has held a series of increasingly responsible positions in retail banking, corporate banking and investment banking with a number of Canadian and international banks, most latterly with TD Securities as Head of Financial Institutions Investment Banking.

David holds an MBA from The University of Western Ontario and a BA from Carleton University.

Michael Rohr is a Senior Vice President and member of the Financial Institutions Group. Based in Frankfurt, he is responsible for Moody’s ratings for a variety of large financial institutions – including the investment banks – in Switzerland and Germany. Michael joined Moody’s in March 2012.

Olivier Panis is a Vice President – Senior Credit Officer in the EMEA Financial Institutions Group based in Paris, covering a portfolio of European Global Investment Banks (GIBs) and non-GIBs. Olivier has also responsibility for coverage of bank ratings in French speaking African countries, among which Tunisia and Morocco.

Olivier joined Moody’s in Dubai in 2013 where he assumed responsibility for a portfolio of financial institutions in the Gulf Cooperation Countries (GCC) and North Africa.Prior to joining Moody’s in 2013, he was heading the Portfolio Management team for Corporate Banking Emerging Markets at Barclays. He started his career as a financial analyst at the French Ministry of Finance in Paris. Olivier Panis holds a MSc in Economics from the Université PARIS I (Sorbonne).

Alessandro Roccati joined Moody’s in May 2012 as a Senior Vice President in the Financial Institutions Group, based in London. His portfolio includes large European banks.Prior to joining Moody’s, Alessandro spent fifteen years in equity research as a Senior analyst covering European banks at global investment banks: Macquarie,Man Group, Credit Lyonnais and Nikko Securities. He started his career as a credit analyst covering European banks at UniCredito. Alessandro graduated in Economics from Bocconi University in Milan.

Edoardo Calandro is a member of the EMEA Banking Team, where he is the lead analyst on a portfolio of Italian banks.